Bed and Bath Ideas Before & After Reveals Interiors

A spare bedroom should offer an escape for your guests. Here's a design that feels like a New England Village Inn by the sea. 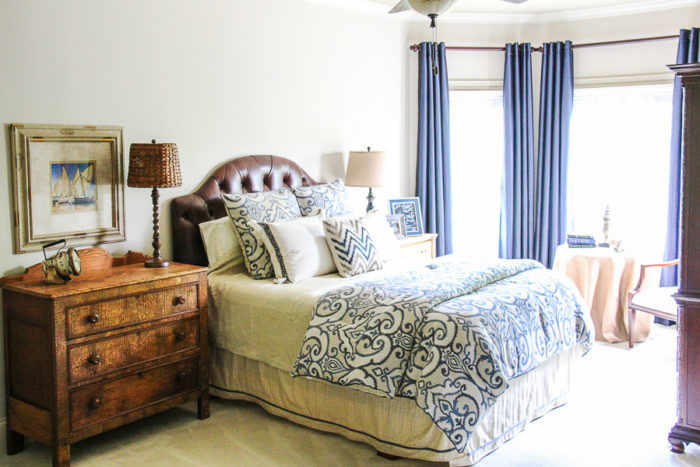 I have a male client that had 2 spare bedrooms. The problem is that the first room is very feminine and has 2 twin beds. Perfect for kids coming to visit or friends but not great for couples or his buddies.

I wanted to focus the other spare bedroom to be welcoming and slightly masculine but where couples could still feel comfortable too. He loves antique furniture and classic nautical design. So I decided to take the space in the direction of an inn that might be found in a New England village. Slightly nautical, rich woods, masculine textures, warmth. 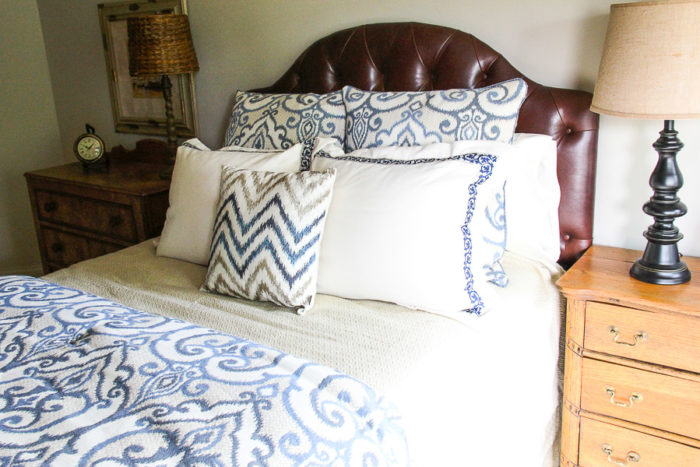 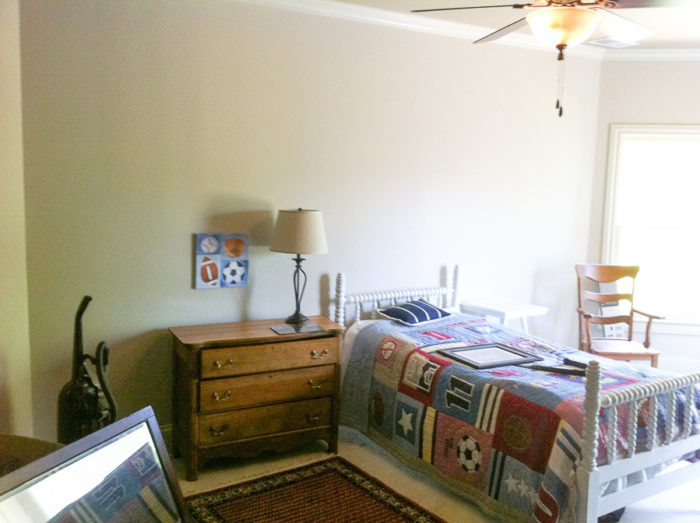 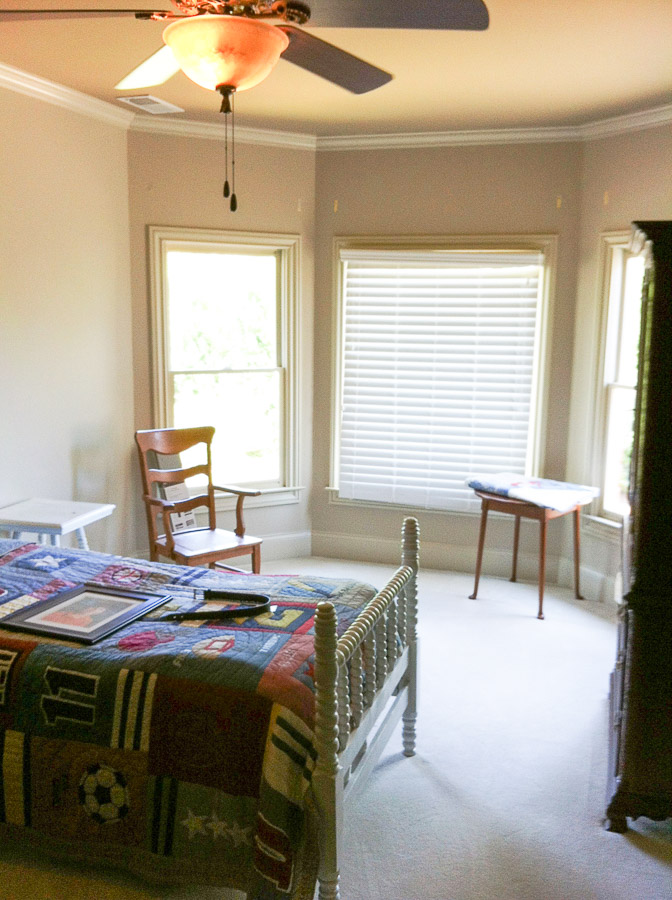 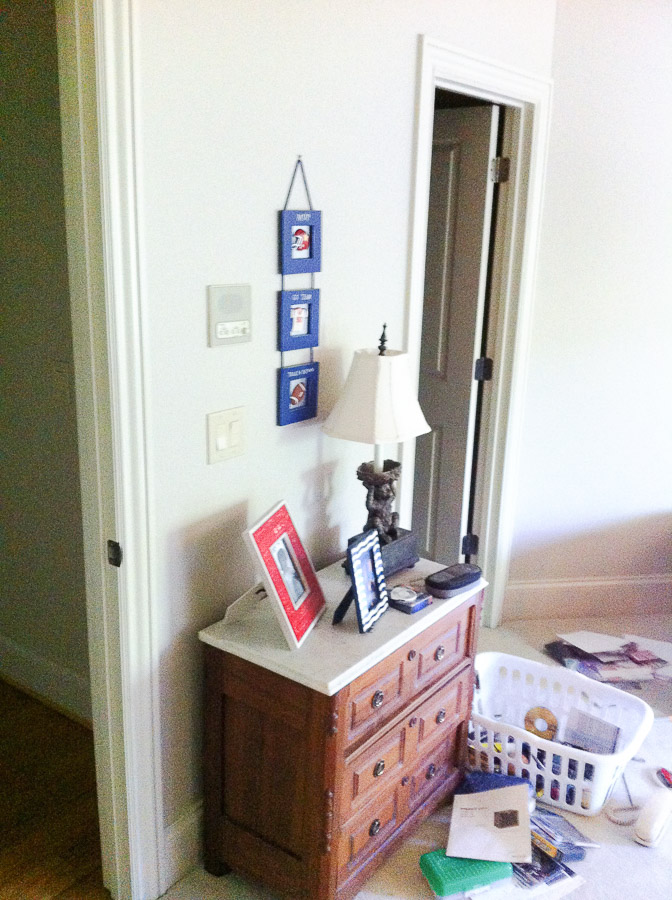 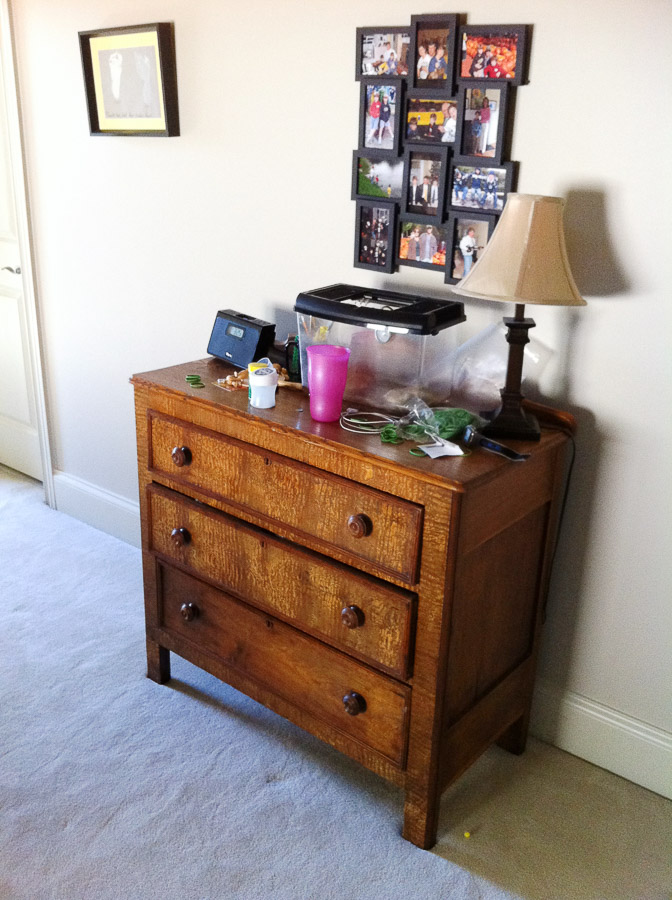 This room was where furniture went that had no home. It had become a catch all and needed a new life! Nothing about this space was warm and welcoming.

Let’s Get To Work…There’s So Much To Tackle!!

We started with a tufted leather headboard. Then I added a 4 piece bedding set that included shams, bedskirt, and comforter along with coordinating Euro shams. I loved that this set was slightly nautical by way of it’s coloring without being gimmicky.

TIP: Department stores carry way more online than they do in store and often offer free shipping, so let your fingers do the shopping. You can also order a few choices to try out in the room and return to the store the ones you decide against. 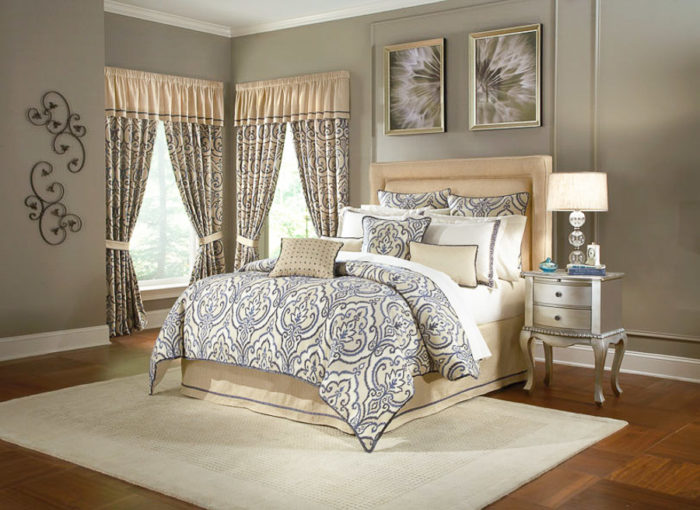 I followed the comforter purchase with a coverlet set (coverlet and shams) that is the background color of the comforter. We have a recipe for the perfect layered bed (I rarely stick to recipes in cooking but bedding is a whole different ballgame). 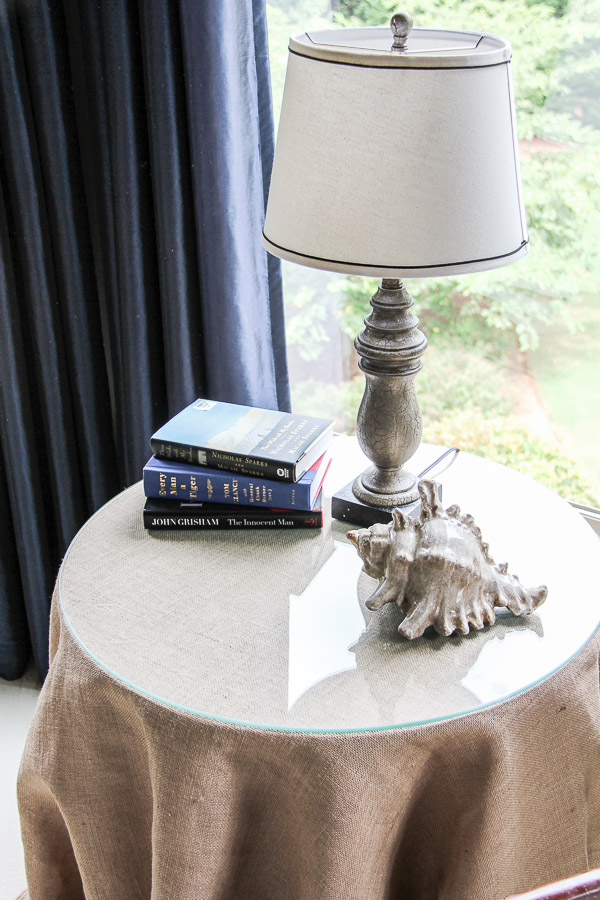 As for the remaining furniture, I tried to use extra antiques from around the house that could be better used here or hadn’t really found the right spot after he moved in. I found a simple round table in a closet and put a burlap tablecloth on it and glass top. Nestled with books, lamp and a large shell it gives his guests a lovely place to enjoy a cup of coffee or check email in the morning.

For bedside tables, I used antique dressers from other spaces that were no longer needed after we finished other projects. Guests don’t require big dressers (you don’t really want them staying too long, do ya?) so smaller dressers do double duty as bedside tables and storage. A mixture of textured lampshades and rich woods blend beautifully with picture frames and other décor. 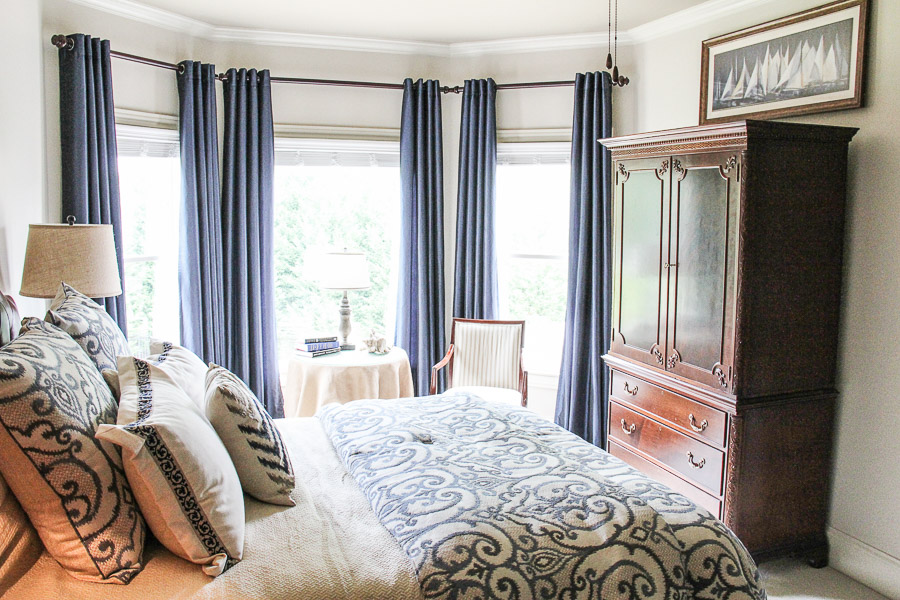 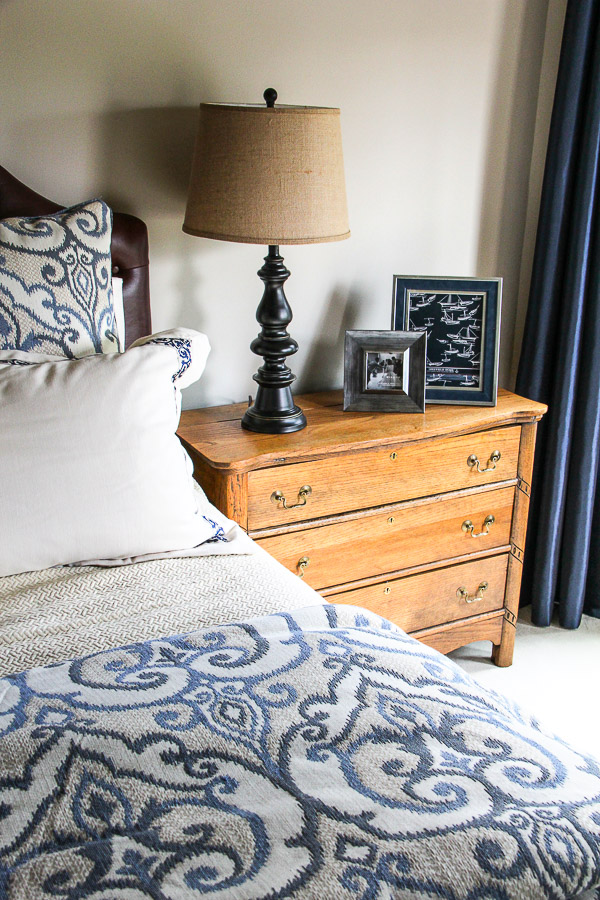 The last few details were curtains, TV armoire, and art. I pulled the deep blue (not navy, just a deep blue) from the bedding and mounted them high on wood rods in the bay window. They are ready made and almost silky in an extra long length. JCPenney and Bed Bath & Beyond both carry super long lengths of curtains in an array of colors and textures for a budget pricepoint. I always get a few choices to decide on in the space then return the rest instead of running back and forth to the stores.

The armoire was a deal at an antique auction and art was found at consignment stores and my favorite place… HomeGoods.

The bedroom has its own bathroom too. So I extended the mood into there. 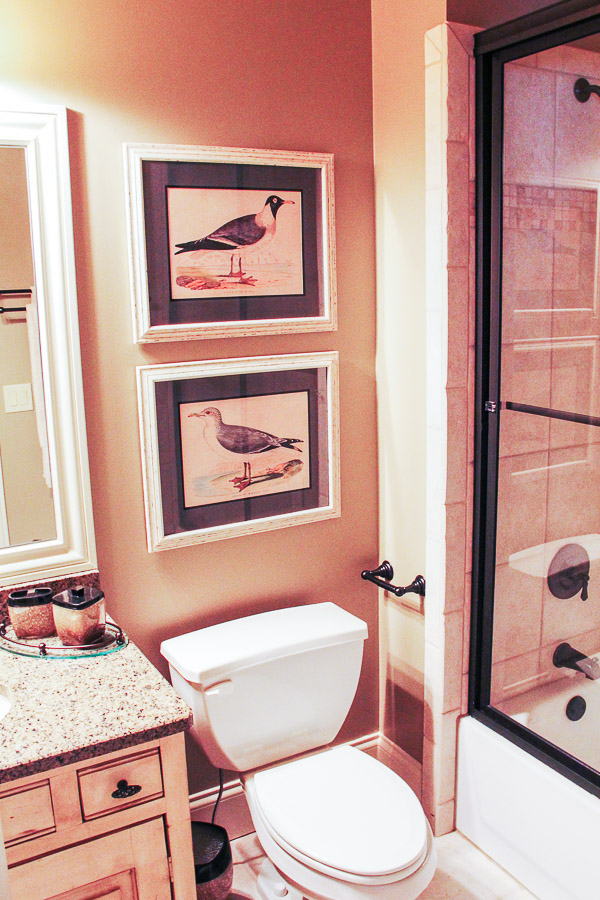 The client loves it as does his guests. The room is so welcoming, his sons have been known to sneak in their own escape for a night or two!